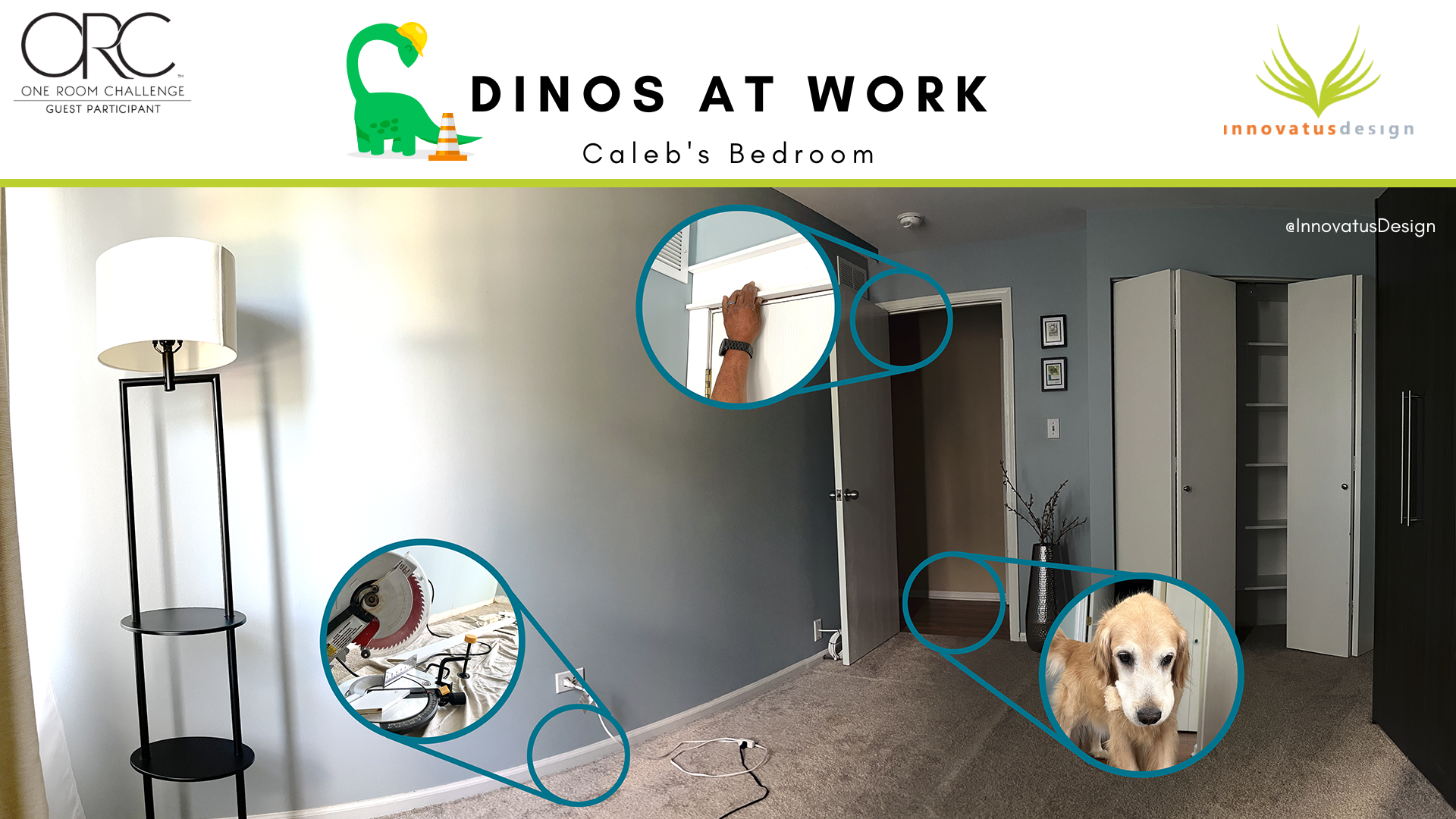 We are in Week 2 of the One Room Challenge. Missed last week? Week 1’s update is here.

An update for Week 2 of the challenge!

If I’ve designed a kids’ room for you in the past, then you know that I’m not a fan of splurging in spaces where kids should be kids. An occasional purchase is fine, but overall, I’m not big into spending a ton of money just to get mad if it gets ruined as a child is learning how to be a contributing member of society. Caleb is a good kid (usually), but things happen, and Tony (my husband) and I wanted to approach this in a way that made sense from a value standpoint.

That’s why so many of my selections are from Target, Wayfair, and Lamps Plus. If my kid “accidentally” takes a permanent marker to his dresser, I don’t want to be ticked off for years. This is the same kid I have to remind that we don’t jump off the sofa.

We wanted Caleb to get use of his dresser sooner rather than later, and not wait a full eight weeks. He’s using the room while we work out all the details and pulling everything together for him. Still, with the whole look of the space, I wanted to be sure the dresser was stylish and could grow with him. When creating a vision for the space, I also wanted it to be warm and inviting. The dresser needed to be a cost-effective piece that also had some style and personality.

Target was the answer! This dresser has a cool mid-century modern vibe and beautiful asymmetrical drawer pulls. The drawers were a bit shallow, but there were more drawers, so at least it would still hold his wardrobe.

The reviews weren’t amazing, but my husband is really great at building furniture, and I had all the faith in the world that we could master the assembly of the dresser. I mean, how bad could it be? 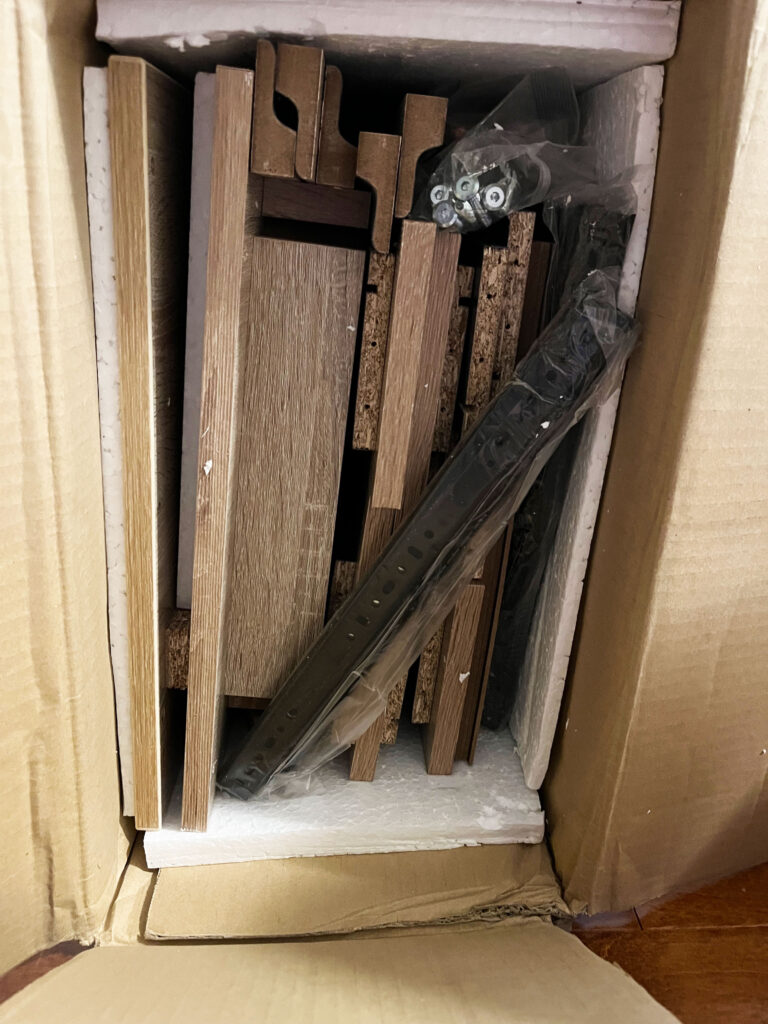 Crud. I opened the end of the box once the dresser arrived and was shocked at all the pieces.

Crud. I opened the end of the box once the dresser arrived and was shocked at all the pieces. This was not going to be a project for the faint-hearted. I was initially going to attempt this when Tony was cooking dinner and the kids were running around, but quickly knew that I needed to wait until the kids were in bed and Tony and I could tackle this as a team.

So the dresser sat in the box for another couple of days.

Of course, this is when I got sick. This “teamwork makes the dreamwork” plan turned into a “Tony does it all” plan. Bless my husband’s heart. I laid on the sofa, feeling half dead, while he tried to decipher the hieroglyphics the company was trying to pass off as an instruction manual.

The instructions said to expect the assembly to take 1 hour. Three hours later we were wondering how this thing could possibly take an hour!

We (Tony) invested over three hours into the assembly of the dresser. There was lots of swearing, lots of sweating, and I’m pretty sure some blood was shed when a piece slipped and sliced Tony’s finger. He was a champ at assembling it, and there were many, many, many, discussions about returning the whole thing, but at the end of the second day (drawer assembly was a B#&ch), we decided that we have invested so much of our lives into the dresser and its assembly that we needed to keep it.

This is the Target dresser in question – a stylish piece that has personality and can grow with Caleb as he gets older!

It’s still a hunk of junk. The fit and finish stinks. We still tethered it to the wall in Caleb’s room, and when I caught him using the drawers as a ladder shortly after, I gently reminded him we don’t climb on furniture, but wasn’t concerned at all that he was going to break it. 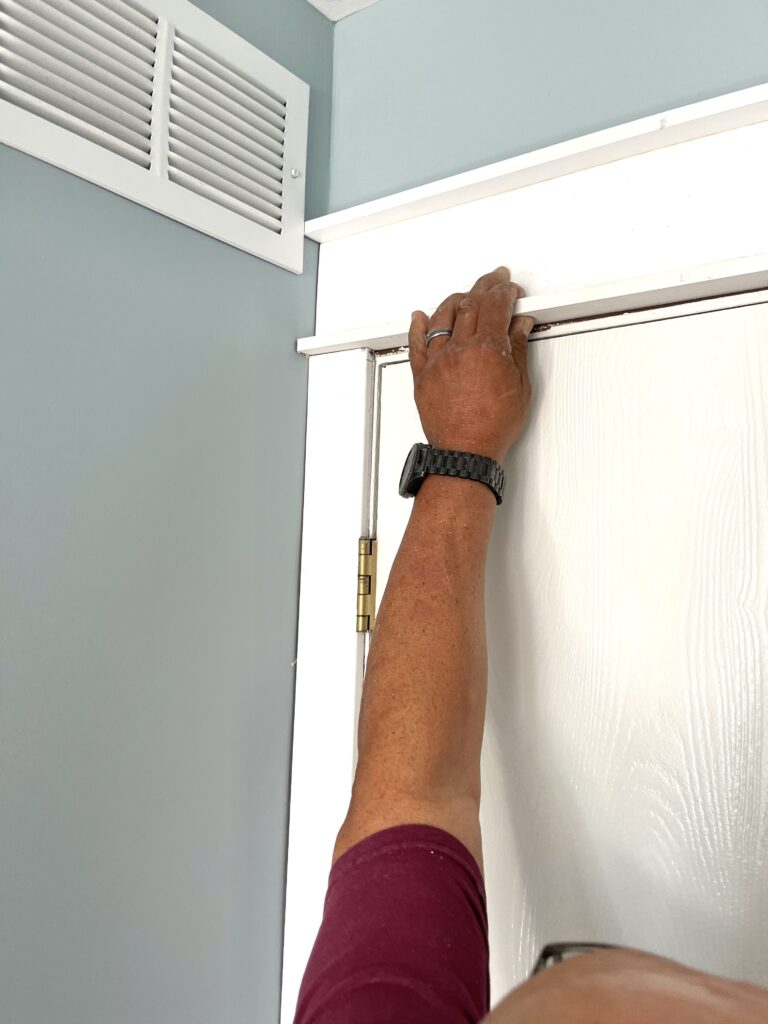 Over the weekend we also managed to get the trim work done too! Ed, my Father in Law, came by over the weekend so we could install Caleb’s new baseboards and window trim together! You may have caught this on my Instagram Feed over the weekend. If not, I posted a Reel you can check out here.

Basically, Ed did all the work and I slowed him down. I don’t usually install baseboards and trim, but I do specify it and can draw details of it for the contractor to install.

I designed a decorative top piece for Caleb’s window. My vision was that it would serve as an architectural accent for the room, especially because it’s one of the first things you see when walking into the bedroom. Ed preassembled it and brought it over. Then I’d mount a natural woven roman shade below! My vision was classic, timeless, and still appropriate for a 4-year-old’s bedroom. 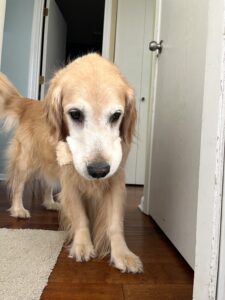 Ronin, our Golden Retriever is a great project manager.

We couldn’t figure out what the issue was until we discovered the existing window frame isn’t square. In an effort to save some headaches, I suggested we omit the top piece of trim that was supposed to be installed just under the decorative piece and to have the decorative piece be the top. We moved forward which saved us a load of time. A couple of hours after that, it registered that I lost the extra dimension that I was using for the stack of the natural woven Roman shade. Ugh. Thankfully it hasn’t been ordered yet, so I’m going to be using a roller shade with cassette top instead which is shallower and won’t infringe on the window glazing (glass).

We also needed to rip down a piece of trim so it would fit between the door and the adjacent wall inside the room. It made for a little more labor, and because of the tight fit, it’s super evident that the wall isn’t straight. The door is usually open though, so I’m not too worried about this. It’s real life after all!

Stay tuned on our Instagram feed for updates this week! Don’t forget to check back often!

What is the One Room Challenge?

The One Room Challenge is an event that occurs every Fall and Spring. Designers, bloggers, and home enthusiasts elect to transform one space over 8-weeks. Follow along with us as transform Caleb’s bedroom! Click on the image below to see all the Week 2 posts from other participants. 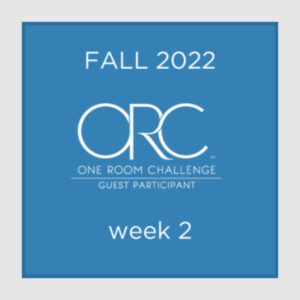