I’ve decided to enter the One Room Challenge and tackle my son’s (Caleb) room! Until recently, my twin four year olds have been sharing a bedroom. We have a three-bedroom home and used one of the bedrooms for my husband’s office and our boy/girl twins shared. We knew we were on borrowed time, but anticipated that we’d split them up around kindergarten or first grade.

Even the best-laid plans can go sideways. A few months after transitioning Emily and Caleb from cribs into big kid beds, the nightly slumber parties started. Every night at bedtime became a complete s&%t show. We were stressed and tired and thought we were doing something wrong.

My husband and I took a much-needed vacation and their grandparents took care of the kids. As we basked in the Cancun sun, the slumber parties continued. It became clear that this wasn’t a parenting issue, this was an “Emily and Caleb are ready to be split up” issue. Sigh.

That set a whole chain of events into motion which leads us to where we are today. My husband got banished to the basement (I mean it’s not so bad, I have a nice office space down there too), and Caleb was moved to the old office space. To help sell the whole idea, we told Caleb that I will redesign his room for him and we can make it special.

Now that you’re caught up on current events at our home, let’s dive into what the next 8 weeks are going to look like! (Theoretically!)

The One Room Challenge Project Brief

I asked Caleb what he wanted in his room. After we gently told him that no, we’re not moving the closet or the window (at least he requested it on an exterior wall…), he stated that he wanted one wall to be green and wanted dinos and construction trucks.

Caleb is four, so he doesn’t care that dinos and construction vehicles didn’t coexist together and there’s pretty much nothing out there that has both in one. I guess that’s where I come in as the designer!

I got to work and created a board for him. I carefully curated a space that would serve him well now and also grow with him into the future. I didn’t want to be too childish in the permanent items, but also still wanted him to get joy from the space and have it resonate with him and his interests.

I was thrilled when I finally presented his design to him.

For the first time in my professional career, my client (my four-year-old son) waved his hand at my screen and said, “No, no mommy, I don’t really like that.” Don’t get me wrong, I may have a revision or two, but I’ve NEVER had someone dislike an entire design!! And shouldn’t I have a leg up here? I mean, I’ve known this kid his whole life! Oye.

Stunned, I started walking him through each part and showing him some alternate options.

The most controversial part to him? The dresser. 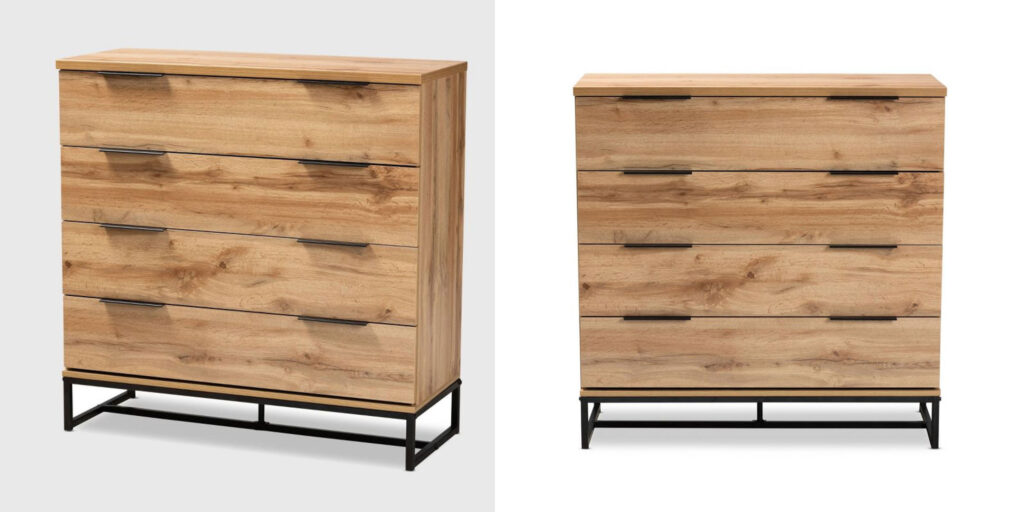 This is one of the alternate dressers I showed Caleb. It’s a grown-up dresser for sure, but one he would be able to grow into and (hopefully!) last him a very long time.

His room is on the smaller side, and in an effort to have space to play and read, I selected a chest of drawers for him to better use the vertical space in the room. He dismissed it because he was concerned he wouldn’t be able to reach the top drawer. I explained why I selected that dresser and how it will work so well as he grows taller over the years. We also offered him a step stool so he can reach the top until he grows tall enough to reach on his own. 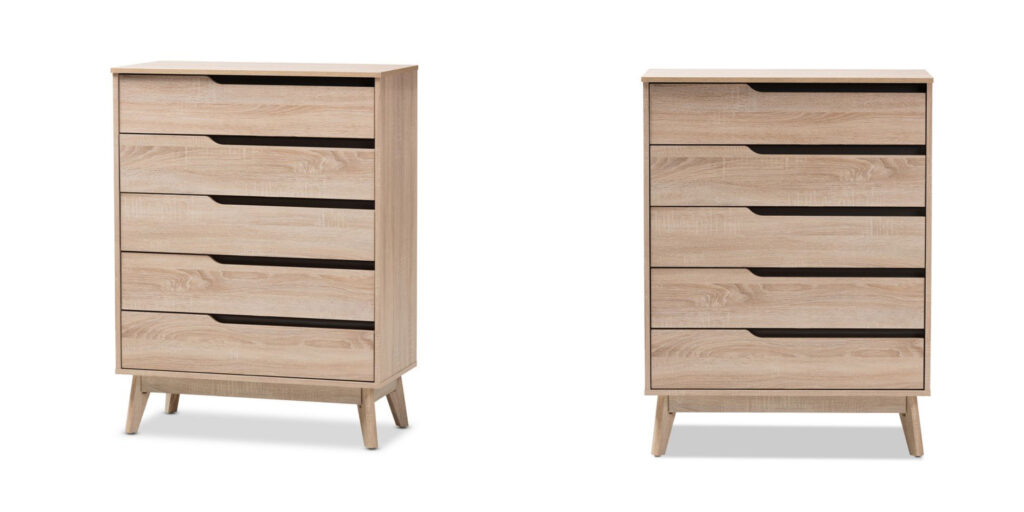 Or, I showed him this dresser which would be a fun and modern alternative! Keeping larger furniture (like the dresser) more adult-like means that kids can grow older into their teens with the same pieces. 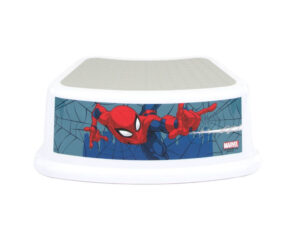 Caleb loves the superhero step stool idea to help him reach the top drawer of the dresser! This will be a temporary addition until he grows tall enough to comfortably see into the top drawers.

He is now excited about his superhero step stool (which doesn’t actually match the theme of the room), chest of drawers, and extra play space he was afforded.

After some revisions, Caleb approved the entire design.

What is the One Room Challenge?

The One Room Challenge is an event that occurs every Fall and Spring and is a supportive event to encourage room makeovers! Designers, bloggers, and home enthusiasts participate to transform one space over an 8-week period of time. Follow along with us as transform Caleb’s bedroom, and also explore others who are also working to transform a space in their homes! Click on the image below to see all the Week 1 posts from other participants. 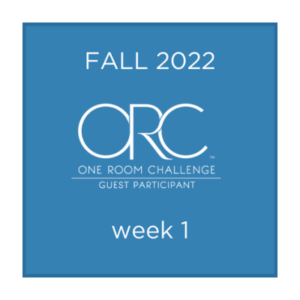