We are seeing a trend where dining rooms are either entirely gone from our homes, or they are becoming more and more casual. Whichever your stance is on this, many families don’t know where to start with creating a casual dining room… And in particular, one that can be used for many other family activities too. We’re here to help! Let’s take a look at how you can create a casual and multi-functional dining room… 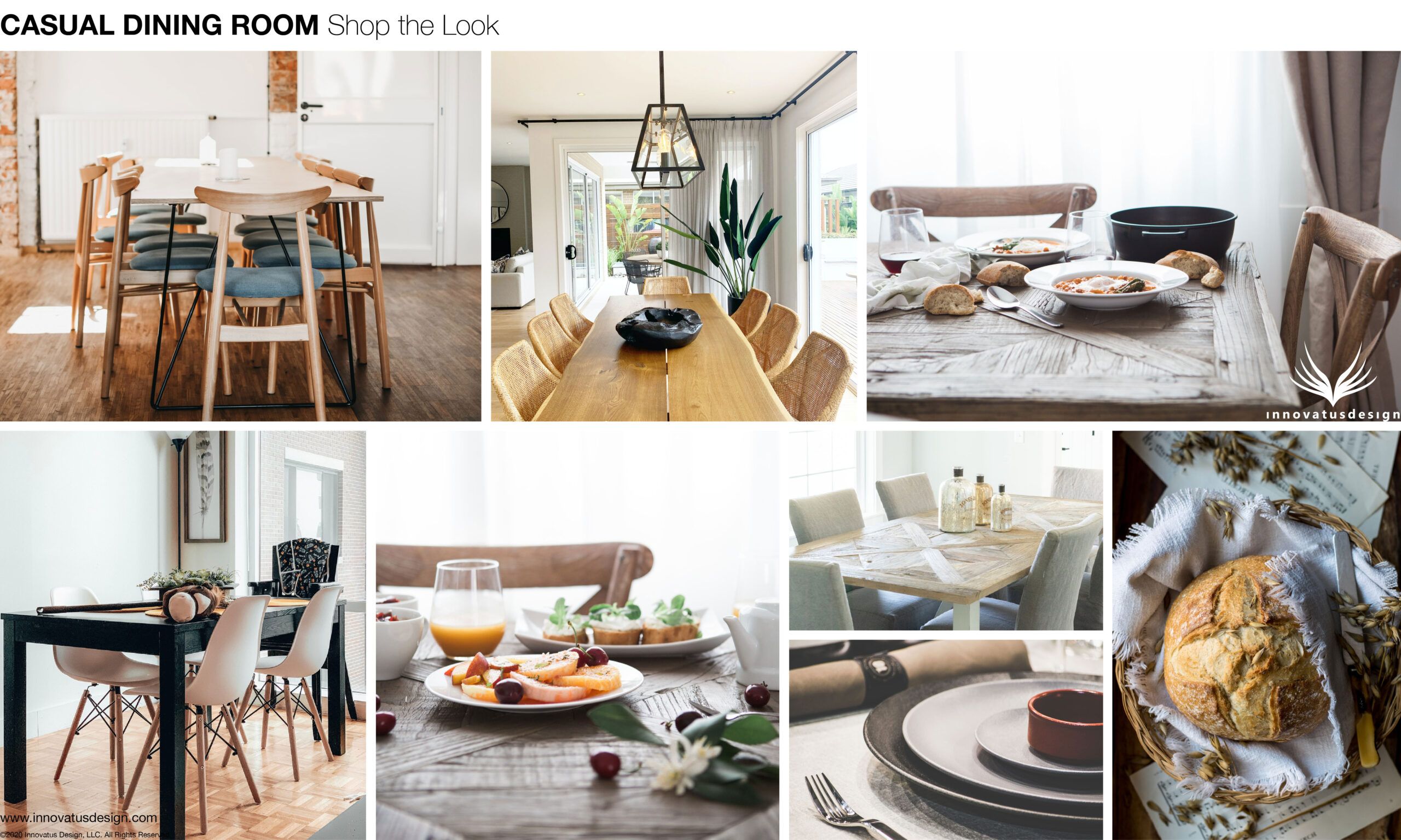 A casual dining room can mean different things for different families. And depending on your personal interior design style, it will include different materials and finishes too. While some will prefer wood dining tables that can last a lifetime, others will prefer a stone or resin top table that is sleek and durable. With the shift in how we all work and conduct our lives over the last 9 months, many families find themselves balancing working from home with homeschooling, and the dining room has suddenly had to adapt to this different way of living. Others, of course, may have completely gone away with a dining room and use the room for something else entirely.

Be sure to check out our Casual Dining Room Collection that we have curated specifically with an adaptable room in mind.

According to historians, having a separate dining room started with the ancient Greeks who would gather on stone or wood couches. The ancient Romans had something similar in that they had a separate room called the triclinium for their meals. Later, the dining room began to be incorporated into wealthy homes first before eventually being introduced in middle-class homes too.

This idea of a separate dining room has since been translated many times into the modern way of living. It is a room that not only fuels us with food, but is an opportunity for families and friends to gather around and catch up with one another.

More recently, the dining room has become a room for many activities! Homeschooling, arts and crafts, family gatherings during the holidays – even work from home spaces…

We love these green glass vases because of the interesting texture and pattern. Perfect for a simple central dining table arrangement!

A set of placemats is an absolute must for any dining room! They are great for everyday use because of their simple design, but can be dressed up for formal occasions with napkins, table runners and central vase displays.

A classic bowed and sculptural dining chair makes a subtle statement in any dining room, all the while being extremely durable and long lasting.

We love this timber top dining table – the herringbone pattern is both unexpected and makes a statement within a dining room. A timber dining table is a great investment that will last a lifetime.

This set of white vases are great to split across a room (multiple rooms too!) or all together as a large display.

These ceramic vases are a beautiful addition to any dining room! The handmade glazing to the exterior gives a truly unique finish.